Neuropathic pain is associated with adaptive changes within the spinal cord. Similar to neurons, astrocytes and microglia display temporal- and regional-specific adaptations in neuropathic pain.

The astrocyte-neuron lactate shuttle (ANLS) hypothesis postulates that astrocytes mainly metabolize glucose to L-lactate during neuronal activation and that the L-lactate is shuttled to neurons to maintain and facilitate neurotransmission. Although there are some reports supporting the ALNS hypothesis, it is still debatable.

To determine whether spinal dorsal horn (SDH) astrocytes affected mechanical thresholds via ANSL, we developed mice model with designer receptors exclusively activated by designer drugs (DREADDs, upper figure) that were selectively expressed in SDH astrocytes and analyze it.  As the result, we found that aberrations of the ANLS in the spinal cord were the key feature in the persistent mechanical hyperalgesia and allodynia that characterizes neuropathic pain. Surprisingly, the model demonstrated the mechanical hyperalgesia even after more than at least a few weeks later from stopping the astrocyte activation. This model will be useful for research and development of chronic neuropathic pain therapy. 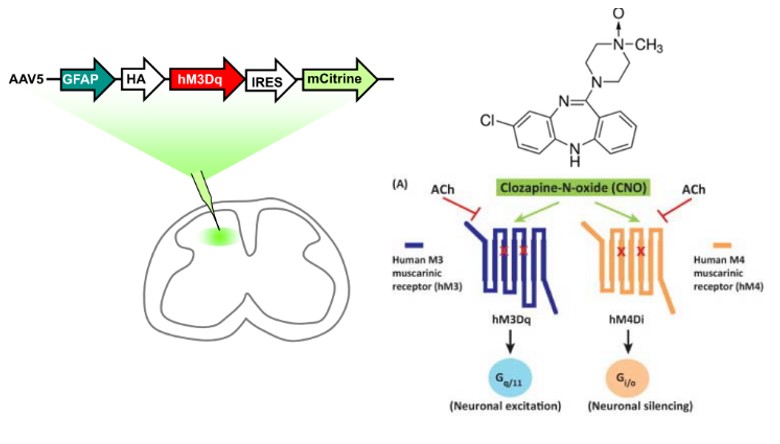 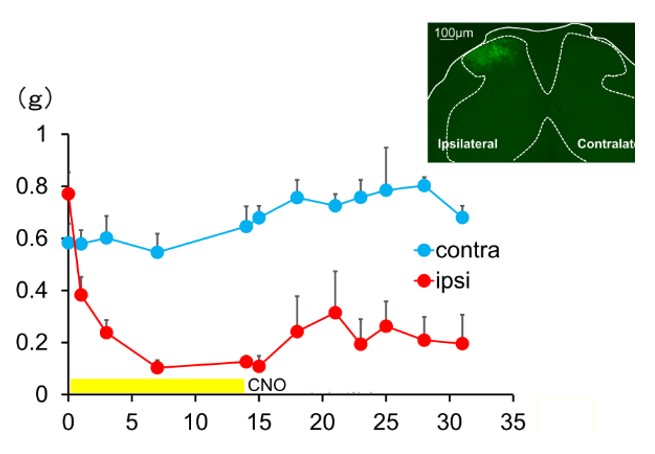 We are looking for a biotech company to develop therapeutic drugs for neuropathic pain. We believe our mice model is useful for the development. We can transfer the mice model and the technic of the DREADDs system. We hope to discuss how to examine drug candidates by using this model and possibility of ANSL as a new target of neuropathic pain therapy.